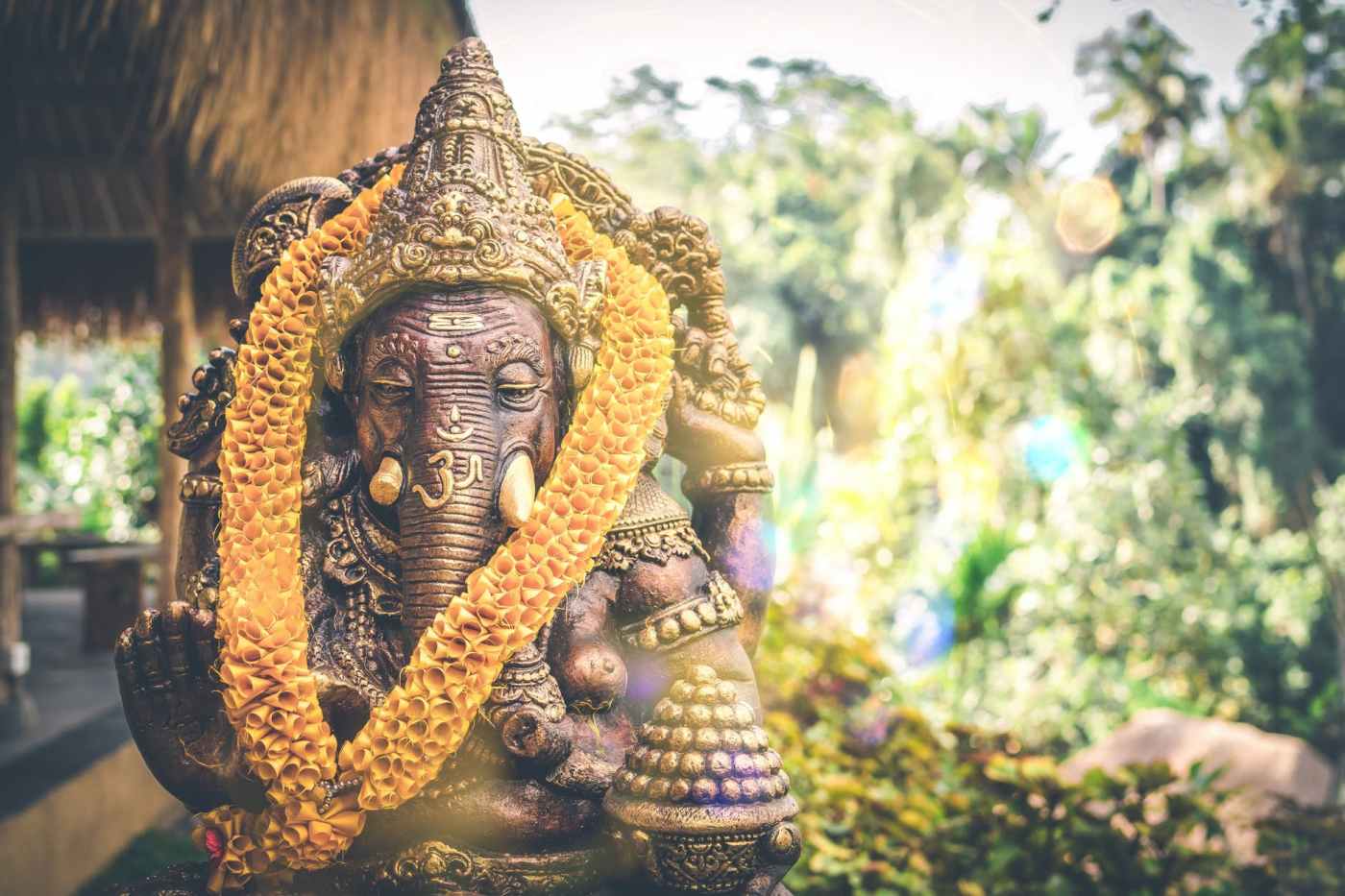 It’s time to celebrate for not just one, but ten days, as its Ganesh’s birthday! Or more accurately, it’s the celebration to honour his creation and rebirth. In the Gregorian calendar, this typically falls sometime between mid-august to September. The festival is marked with great joy, numerous festivities and sincere devotion for this beloved elephant god. The celebrations are exceptionally grand in Maharashtra.

Who is Lord Ganesh?

Known also as Vinayaka chavithi, Lord Ganesh is identified as the God of wealth, the arts and the sciences, knowledge, wisdom and prosperity. He is the remover of obstacles, so this is why your parents made you pray to him before your GCSE’s and all subsequent exams. Ganesh is the younger son of Lord Shiva and Parvati.

There are several stories regarding his birth but one popular one is that the goddess Parvati created him to guard her in the absence of the God Shiva. When Shiva returned he was confused, asking ‘who dis?’ and severed Ganesh’s head. After Parvati filled him in, he apologised profusely and brought Ganesh back to life, but the devas that went looking for his head could only find an elephant’s head so Shiva affixed this head onto Ganesh’s body, thus he was born as Ganesh as we know him today.

Why is it significant?

Devotees of Lord Ganesh believe that by praying to Him, their sins will be set free and they will find a path of knowledge and wisdom. (Clearly Indian parent’s obsession with academic excellent is partly based on religion XD).

Celebrations of it on a grand, public scale were actually restarted by Indian independence activist Lokmanya Tilak, who used it as a way to circumvent the colonial British government ban on Hindu gatherings in 1982. Tilak believed Ganesh appealed to everyone; hence it could bridge the gap between Brahmins and non-Brahmins in the fight against British colonial rule.

How is it celebrated?

Artists usually create elaborate clay idols of Lord Ganesh which are adorned with flowers, garlands and lights. These are then displayed in Hindu homes or pandals (stages) and set off in the river or oceans. Grand displays of crowds singing, dancing to drum beats and firework shows are abound across India. Some devotees prefer a quieter affair and may pray at home and prepare offerings of Ganesh’s favourite food such as pooran poli (sweet flatbread) or modak (sweet dumpling).