Bollywood combines with Nollywood, in a film that will excite audiences of both industries. Namaste Wahala is the directorial debut of Hamisha Daryani Ahuja, an international speaker and entrepreneur. The movie will be eagerly awaited by black and brown audiences that view movies of both industries as the worlds converge and grace our screens on 24th April 2020. Ahuja was born in India and has lived most of her life in Nigeria, having also been educated in Canada, the UK and US.

The poster shows a romance between an Indian man and a Nigerian woman, played by Nollywood actress Ini Dima-Okojie and a Bollywood actor Ruslaan Mumtaz. Both film industries are known to be dramatic in elaborate fashions, with Nigerian film plot lines stereotypically requiring a degree of suspension of belief to follow some outlandish plot-lines coupled with melodrama. This is similar to many melodrama-infused Bollywood classics, also requiring you to forget reality for several minutes at a time as the lead protagonists do a dance number by the pyramids or mountains, before the next scene brings you back to wherever the movie is actually set. Needless to say, there will be plenty of drama afoot.

Whilst Nigeria has long been a fan of Bollywood movies, with it having left an indelible mark on Hausa people and its culture in particular, the two countries film industries only began collaborating in 2012, with its first co-production being J.U.D.E, directed by Chukwuma Osakwe. Now tell me, how many of you have been able to see this movie anywhere online, by DVD or any other means? If you have, I suggest you apply for the secret service (and tell me how to watch it!) because it is not easy to find. Since then, there have been a few other movies with collaboration, but these have not gained mainstream success as Hollywood often dominates.

If Ahuja’s movie can garner mainstream success, it could potentially pave the way for more Nollywood and Bollywood crossovers. Whilst both industries produce more movies than Hollywood, they are not as successful, or as nominated for critically acclaimed awards like the Oscars. Perhaps collaborations like this could be key in producing movies for a larger demographic as they combine their audiences and portray onscreen narratives that appeal to people who are sometimes ignored by Hollywood or insultingly whitewashed.

I am excited to see how the two cultures will both clash and combine, with both Nigerians and Indians having rich, diverse heritages. I want to see women in vibrant embroidered sarees dancing with women dressed in beautifully bright gele and buba. I want to hear both Hindu and Yoruba interspersed in the dialogue. Most importantly, I want to see who can handle more spice and if their signature jollof rice can match our chilli paneer.

One thought on “Bollywood Meets Nollywood in Namaste Wahala” 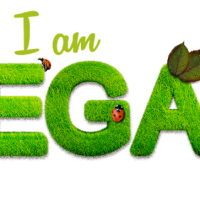